Aberlour Child Care Trust developed an intensive programme to closely support families where children were at risk of being taken into care. By acting as a bridge between families and other services it was able to increase trust and improve outcomes for children. 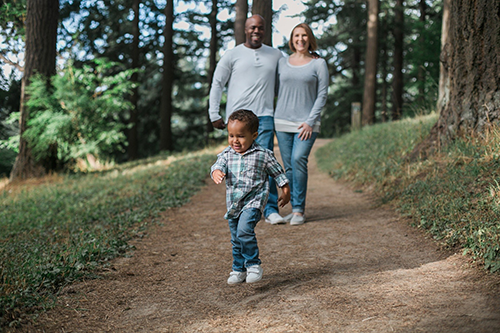 Reducing the number of children who are separated from their families was important because young people are more likely to thrive if they stay with their relatives. For example, a third of the prison population identify as care-experienced and care leavers are over-represented in suicide statistics and early death.

From speaking to families and local authorities Aberlour realised the solution needed to be an intensive, relationship-based approach, which supported the whole family in practical and emotional ways.

It created the Sustain Intensive Family Support Service and piloted it with the Scottish Borders Council. To provide the intensive, bespoke help needed, support workers are available whenever families need them – including evenings and weekends. Unlike many other services which are under pressure to support a high volume of people, the Sustain programme was not afraid to put significant resource with one family. For one boy this meant that over the Easter bank holiday he received 17 hours of support.

Of the 35 children and young people Aberlour worked with, 28 avoided going into care.
Over 15 months, the pilot programme cost £345,000 to deliver. This compares with external placements which cost up to £250,000. The charity estimates that if the local authority continues to fund Sustain it could save £3.5m in annual care costs.

Currently, Scottish Borders Council is recommending that the Sustain programme continues for the next four years. Elsewhere a second service is already running in Perth and Kinross and the charity aspires to replicate Sustain across Scotland’s local authorities.

Charity Awards judge Martin Edwards praised the charity’s model of intervening to prevent crises before they happen – something that statutory social care models consistently fail to do. “It’s the job of charities to demonstrate better practice to the state and then to work with them on assimilating those practices into their own programmes.”

Cathy Phelan-Watkins also noted the programme’s effective use of volunteers.