The impetus for LOOSE – known locally as The Studio – began in the 1990s. Residents in Halton, on the banks of the Mersey, knew that there were limited facilities for young people, but saw them gather outside pubs whenever a band was playing. 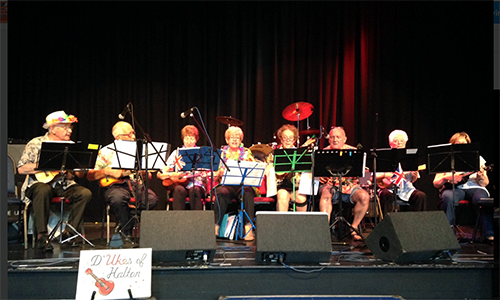 This inspired the long process of creating The Studio, a space where young people, families and other charities could create and enjoy music and the arts.

By 2009, local volunteers had been given the chance to renovate a building at risk of demolition. They started work on a space which, at that time, was full of rot and fungus with a leaking roof.

With the help of grants, including from the National Lottery, the volunteers restored the building drawing on insights into what people locally wanted and needed from a new space. By the time it opened in 2010, they had created a creative arts hub run for and by the community.

By 2015, The Studio was serving hundreds of kids and families who wanted to make music and art and was welcoming in other small charities to use the space, reaching more families living with disabilities or facing severe deprivation.

It has now been open for the benefit of local people for a decade. It hosts a range of different activities, including an adult choir, comedy nights, drumming groups, touring theatre productions and radio broadcasts.

The charity has become, in the words of one supporter, “the beating heart of our local community”.

Charity Awards judge Chris Michaels said: “You can tell it’s been a proper passionate 17-year journey of love, sweat and toil to make this happen. There’s a huge array of stuff under one small roof – I thought they were super impressive.”

Judge Paul Streets added: “I love the earthy, organic way it’s grown, and the passion that comes through in the application. This is the place I want to go if I’m in the area.” 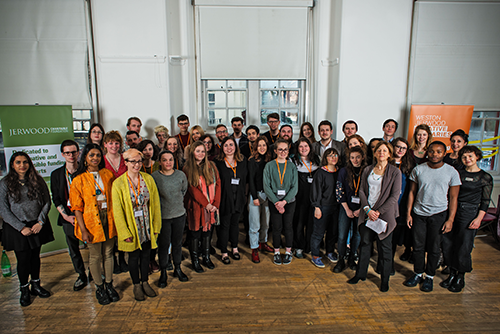 The Weston Jerwood Creative Bursaries (WJCB) is a national programme dedicated to addressing what the charity calls “the class crisis” in artistic professions. The proportion of people from working-class backgrounds in the arts is half of that seen in the workforce overall. Weston Jerwood Creative Bursaries 2017-19 participants. Image Outroslide Photography Image: Outroslide Photography WJCB finds and supports the arts leaders of the future who could reverse this trend, helping people from different backgrounds get a foothold in the arts and culture sector. Launched in 2010, it partners with cultural bodies to provide one-year, paid fellowships. 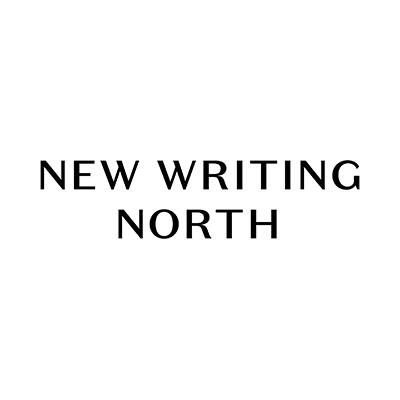 The proportion of people from working-class backgrounds taking part in the arts has declined over the last decade. For a long time, participation in the arts has been dominated by the wealthiest people in any community. In a bid to address this, New Writing North started its Young Writers programme seven years ago, based in north-east England. The aim was to engage more young people from diverse backgrounds in writing and creativity – and through this to have a longer-term positive impact on their life chances, self-esteem and wellbeing.