Following 2017’s terror attack, Borough Market in south-east London wanted to demonstrate it was back in business and looking to the future. Putting the environment ahead of profit, it has stopped the sale of single-use plastic bottles. Instead, to ensure that visitors to the market had access to drinking water, it installed free-to-use fountains which are now being used by an average of 6,000 people per week. 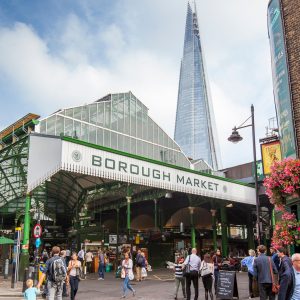 The market has an ongoing programme, working closely with traders, to reduce its environmental impact through reducing food waste and increasing recycling. Londoners consume 7.7 billion bottles of water every year, which represents 10 per cent of all litter in the Thames. The market was determined to play its part to tackle this. While public awareness of the issue was increasing but a number of commercial retailers were just making excuses to not take action.

Over 100 traders on the market needed to be on board for the commitment to phase out the sale of bottled water to work. A high profile communications campaign focused on the environmental impact of single use plastics, as well as setting an example for other organisations to follow, by prioritising sustainability ahead of the potential profit to be gained from selling bottled water.

National and international print, online and broadcast coverage has far exceeded initial expectations. By creating a communications campaign that shone a light on wider sustainability commitments, the market has established itself as a leading force in the fight against plastic pollution, and is still receiving media requests for comment and interviews months later.

The market is now working on further opportunities to reduce the environmental impact of other packaging used by traders.