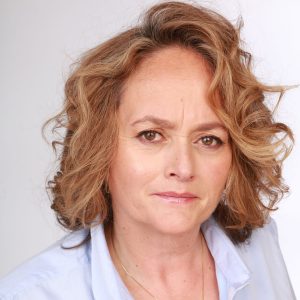 In her capacity as an arts practitioner, Cathy is known for her challenging explorations of gender stereotypes and has been involved with arts charities for 30 years.

Further to her exhibiting record, she has experience both in fundraising and arts educational projects and has contributed to initiatives on a local community, national and international scale.

As a trustee of Tate Members, she served on the Tate St Ives advisory board and chaired the Tate St Ives Members Committee from 2004 to 2010 working particularly to further public engagement and understanding of contemporary art. She was also involved in improving governance within the organisation.

Cathy has been involved with the Charity Awards since their inception in 2000. Closely associated with Civil Society Media for 25 years, Cathy became director/owner of the company in 2014.