After data showed that only one in four people who rang the police about domestic abuse subsequently utilised further support services offered to them, Cyfannol Women’s Aid (CWA) began talking with Gwent Police about how to address this. 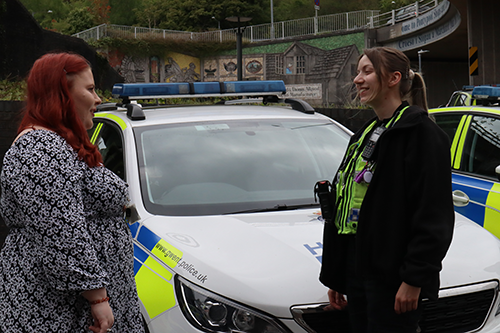 Together, they established a partnership whereby CWA specialists attend domestic abuse incidents alongside the police, to provide additional expert support to the victim at the point of crisis, and to help them to access specialist services thereafter.

While an initial nine-month pilot wasn’t completely successful, it increased a shared belief that there was merit in continuing to work together and after further research, the charity secured lottery funding for a large-scale pilot over five years.

The assertive outreach initiative is aimed at victims of domestic abuse who have called Gwent Police more than once in a 12-month period and in the first three years it supported 1,651 victims. Of those, 98% engaged with safety planning activity, and 97% gave consent to share details with specialist services. Some 96% found the project beneficial, but the biggest change was in how people viewed the response from Gwent Police, with 83% feeling listened to in year three compared to 52% in year one.

CWA has had three other police forces contact it about how the project can be adapted for their areas, and overall feedback from the police has been very positive. “There are times in policing where you need a lifeline to deal with incidents, which need experience, knowledge and skill to understand what is taking place,” said senior officers. “The assertive outreach team is exactly that.”

Awards judge Nicola Toyer said it was a fantastic example of perseverance, especially as women’s organisations and the police were “not always natural homes for each other”.

“They have developed a really rich learning platform for different sectors to look at how to do partnership working. I felt it was really replicable, potentially across the rest of the country.”

Yvonne Field said the application was open and honest about the challenges of this type of partnership working, and it was clear that both organisations had worked hard to overcome issues around trust and had successfully changed organisational cultures.

Martin Edwards said that by integrating themselves into the local constabulary and educating the police as well as providing immediate emotional support during the initial police intervention, CWA had drastically increased the numbers of people engaging with safety planning. “I thought it was really strong and £290 per victim per year was good value.”