In 2012, 40% of children in Merthyr Tydfil were found to be functionally illiterate upon leaving primary school. In response, the Welsh education inspectorate placed the borough council under “special measures”, saying that the council had overseen schools that were “well below average” even accounting for the area’s high levels of deprivation. 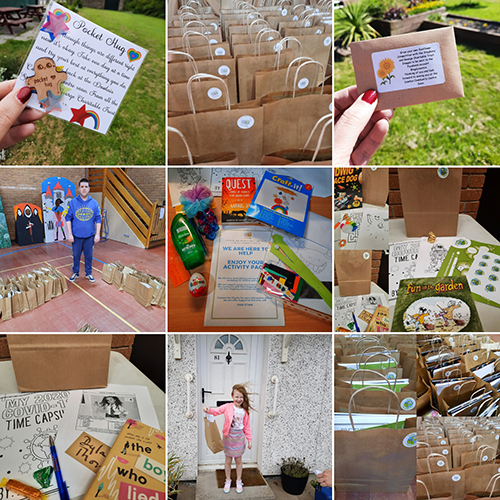 That same year, the Stephens and George Print Group, a firm based in Merthyr Tydfil, set up a charitable trust to help tackle the area’s education and literacy challenges. Following consultation with schools, social services and others, it put together a three-year strategy incorporating a range of initiatives.

Since then, the charity has enrolled 120 reading support volunteers who go into schools and read to children with complex needs. It has put in place the infrastructure to distribute 10,000 donated books each year from companies, publishing houses and the community to children who need them. And it has created 15 libraries.

It also runs the No Phone and Computers Play Programme which allows children with the most complex needs to learn through the outdoors, and it supports Charity Baby Bookworm sessions which encourage parents to read to their children before they reach school age.

And it runs the Spread the Word Children’s Literature and Arts Festival which, with 4,500 attendees, has grown into the UK’s largest festival celebrating World Book Day.

The charity has obtained funding from several grantmakers for these projects but has also taken important steps to increase its earned income. Notably, it used a community asset transfer to take over the Dowlais Community Centre, which now acts as a community hub and revenue source with gym, cafe and hall hire. The charity also opened and runs Merthyr Tydfil’s only bookshop.

Charity Awards judge Andy Pitt said: “It’s extraordinary how it has snowballed into such a variety of different things.”

Judge Paul Streets described the charity’s development as “a remarkable story” and a “real reminder of what the sector is all about”. He praised its user involvement, the lived experience of its chief executive, and its responsiveness to community needs.

Martin Edwards added: “They have correctly identified and incredibly executed the fact that literacy is the key stepping stone for a child. Yes, it’s been kind of chaotic and organic, but also incredibly successful.” 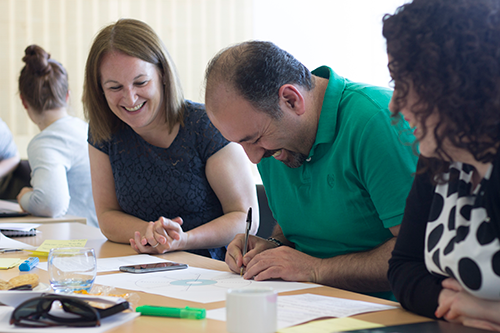 An estimated 7,000 new refugees settle in London every year, yet holding down regular employment can be a major challenge. Even once refugees have passed through the asylum process, the unemployment rate is estimated to be as high as 70%, and many of those that have managed to find work are either underemployed or overqualified. Matthew Powell was inspired to set up Breaking Barriers in 2015 after his master’s degree research highlighted the lack of employment support for refugees in the UK. He identified that insufficient English-language skills, a lack of UK work experience and a lack of understanding of UK employment culture are just some of the reasons why refugees struggle in the job market.

Research has shown that people bereaved by suicide are at higher risk of suicidal thoughts or attempts to take their own life and that this can last for a number of years following the initial suicide. Furthermore, the contagion appears to be stronger among adolescents, making the need for targeted intervention in education settings even greater. Samaritans set up the Step by Step postvention service in response to this need, supporting education establishments such as schools and colleges to prepare for and respond to suicide.