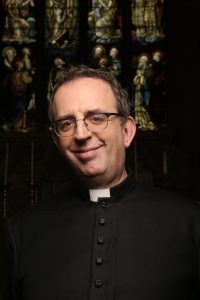 The Reverend Richard Coles has been announced as the host this year’s Charity Awards.

Coles is a Radio 4 broadcaster, writer and Church of England priest, best known for his recent appearance on Strictly Come Dancing and previously for having been one half of the 1980s band The Communards.

The awards are sponsored by Rathbones, with the Charities Aid Foundation as an associate sponsor. The shortlist will be published on Wednesday 9 May, and the winners will be handed their prizes in a black-tie ceremony on Thursday 7 June at the Pavilion in the grounds of the Tower of London.