Trust for London, while funding legal work with migrants, found that the government was often guilty of breaking its own law. Despite public agencies having a duty to consider the best interests of children, children were often differently if their parents did not have settled immigration status. As a result, young people’s rights to basic needs – subsistence, stability, education – were being illegally denied. 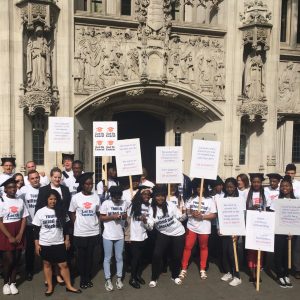 This was a significant issue in London, where 38 per cent of residents were born overseas, and Trust for London decided it needed to act to bring change.

As a result, it established the Strategic Legal Fund for Vulnerable Young Migrants, inheriting work done by the Diana Princess of Wales Memorial Foundation. Using its own cash and funding from other foundations, it made small grants for strategic legal action on key issues where children in the UK faced discrimination as a result of their migration status.

The cost of litigation meant that it needed to deliver results not just for individual children but for communities of need, and so it focused on work which changes policy and practice for a wider group.

The charity established an expert panel of lawyers to advise it, and worked swiftly to turn around applications in just 11 working days, signed off by just a trustee and a single member of staff, in order to meet all opportunities. It became comfortable with a different level of risk and exposure, and eventually made over £1m of grants.

The programme – together with campaigning and policy work – produced significant legal judgments in favour of young migrants, forced many public bodies to correctly enforce the law, and significantly increased learning about the challenges facing young migrants.

The programme’s work has now been handed on to the Immigration Law Practitioners’ Association, which will continue to receive funding from the foundations involved.