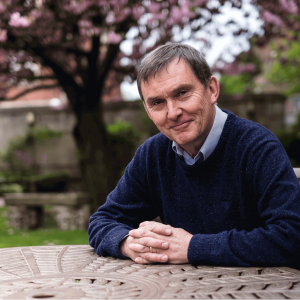 When Kevin Curley sits down to speak to Civil Society, in the Midland Hotel in Derby, he is in the middle of a crowded itinerary. His next stop will be Community Action Derby, his local council for voluntary services, which he chairs, and then he is off to the airport to travel to Africa, as part of his work with the Tanzania Development Trust.

It’s all part of the work which has dominated Curley’s career – strengthening communities, in the UK and the developing world.

Curley is best known for his last full-time role in the voluntary sector, as chief executive of Navca, the umbrella body for councils for voluntary service. He stepped down from that role five years ago. But despite calling time on 40 years of full-time employment in charities, his commitments to the sector seems barely to have diminished.

His original plan to be an English teacher was put on hold, he says, after a stint in a smoky secondary modern staffroom convinced him it was not an environment he wanted to be part of.

Around the same time, he became involved in community work in York, carrying out a survey of homelessness in the local area, which led within seven weeks to the establishment of a shelter. The next year he worked to help Ugandan refugees expelled by Idi Amin.

“Looking back, those experiences shaped my entire career,” he says. “Without realising it, I was learning the basics of local voluntary action. Responding rapidly as a new need emerged. Mobilising people from every section of society. Getting things done which you might have thought were totally unrealistic. Never taking no for an answer from a public sector body which said it couldn’t be done.”

‘Navca was my dream job’

Curley’s career initially took him to York CVS, and then to Newcastle CVS and Hull CVS, where he became chief executive. He spent time outside the community sector as programme director for VSO in Tanzania, and chief executive at Headway, the brain injury charity, before landing his final “dream job” at Navca.

“When I joined in 2003 Navca was pretty demoralised,” he says. “The previous chief executive had left, unwillingly, after six months, and the relationship between staff and trustees was abysmal.

“In a way this was good, because things were so bad it was easy to make a difference. Just doing small things to improve trust had disproportionate consequences.”

Curley was fortunate enough to come in on a rising tide.

“It was at a time when New Labour was investing heavily in relationships with the sector,” he says. “The Big Lottery was also investing. Local government was still providing a lot of funding. A lot of money went into a programme called ChangeUp to strengthen community infrastructure. It was certainly great to be at a national body when resources were pouring in.”
In 2010, things changed radically, when under the coalition government resources were cut. Navca was forced to go through two restructures and make redundancies. The charity, which had ballooned to 50 staff, shrank down to 20, and now has less than ten.

Curley says he has seen radical change over his career.

“At the time I started out in the sector, ordinary people without a qualification in social work or community development just got together and got things done,” he says. “There was no attention to regulation. There was no risk management plan, no safeguarding, no data protection, no health and safety. Just a large group of people who were angry at what we found.”

He says he has mixed feelings about the changes. “On the one hand, that spontaneity and rapid responsiveness to emerging need is no longer possible. On the other, if you’re opening a night shelter for homeless people, of course you have to make sure it’s safe and well managed and you have all your fire certificates.”

Community action has struggled through the move to professionalism, he says. “Sometimes things don’t happen, and when they do happen, they happen more slowly, and more expensively, because you need more professional staff.”

He fears that community groups are being driven out altogether by the cost of compliance.

“I spoke recently with a group of volunteers who used to run a children’s play scheme,” he says. “They’ve had to stop because they found the regulations too arduous. Of course it’s right that children are protected and safeguarded, and all the right rules are in place. But on this it meant nothing actually happened to get regulated. So I’m sympathetic to the idea that we should try to keep a lid on the burden for volunteers.”

But he does not believe that the increase in professionalism is all bad. For one thing, he says, it has resulted in a much higher status for charities.

“Two weeks ago my chief executive was on an interview panel to recruit the new chief executive of Derby City Council,” he says. “Today, we see sector leaders meet as equals with the leaders of the private and public sectors. No way would that have happened in 1972.”

Good regulation, but nothing to regulate

One other thing which he says has changed greatly, and mostly for the better, is volunteer recruitment.

“Tanzanians running NGOs have been empowered to seek help as they need it. What we find is that a lot of them are asking people to volunteers because they see them as a route to funding.

They believe a British member of staff helps with the flow of cash.”

In the UK, there is similar deregulation and it has become much easier for volunteers and charities to find one another – although once they find each other, things get trickier.

“What’s become more difficult is constructing volunteer opportunities,” he says. “Once again, it requires much more processing and safeguarding. My wife recently volunteered to visit elderly people in our local area, and because of the paperwork, it took six months before she went on her first visit.”

Role of the sector has changed

He says he has watched the role of the sector change over the years, for the worse and for the better.

Initially the job of the sector was to fill gaps and pick up what the state missed.

“Then things changed, and under Blair and Brown it was more of a partnership,” he says. “Each area had a local strategic partnership and the sector sat down with the local authority. There were national indicators requiring local authorities to show what they were doing to strengthen the voluntary sector.

“Then in 2010 partnerships were abolished. The new watchword was competition. The sector was simply another provider of services which had to compete for money. Partnerships were seen as anti-competitive because you couldn’t sit round a table with people who would later be bidding.

“The problem is that this approach has harmed small community groups and charities. In particular, we’ve seen a reduction in grants. No one in government seems interested in sustainable services.”

The result is that charities have been forced to compete with each other.

“Suddenly local Home Starts have to compete with Barnardo’s,” he says. “I see little Home Starts trying to do so by merging and scaling up, with mixed results. Local charities shouldn’t be required to merge to compete for funding, and operate at a scale that isn’t what trustees and volunteers really want to do.

But Curley isn’t all about doom and gloom. He sees plenty of reasons to be cheerful.

For example, he hopes that community foundations can be built to a scale where they can provide sustainable funding to local providers.

“We’ve got a reasonable level of funding now,” he says. “Some have strong endowments. We can see a way that this money can be applied sustainably to support local voluntary action.”
And local authorities, he says, are beginning to discover how much they need local charitable infrastructure.

“When our local authority had to make deep cuts, Community Action Derby lost a grant worth £120,000,” he says. “But now the city council is coming back to us and buying our services. They’re beginning to discover they need our expertise.

“Local infrastructure has existed for 100 years, and I’m optimistic for its future, because people still realise now necessary it is.”