Back on the Map (BotM) is a resident-led community anchor, delivering services and housing in Hendon, a ward of Sunderland which is in England’s top 10% most-deprived.

It established its Sustainable Homes and Community Action model to buy run-down private rented sector houses, which it refurbishes and lets as quality homes to vetted local families. As well as stabilising fraught neighbourhoods, the recurring income helps the charity to provide a vast range of community services and enables BotM to buy more houses and empty shops. 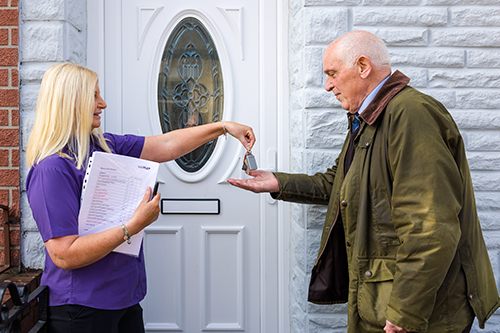 In 2013, when the Sunderland council announced a programme of library closures including the Hendon one, BotM consulted the community. After a resident-led campaign, it submitted a business plan to the council and took over the library on a 25-year lease. It transformed the building and created a multi-functional community hub, which opened in 2015 and is now used by around 900 residents each year.

Securing the library was a major milestone which enabled BotM to create and expand community services exponentially. It has far exceeded its overall beneficiary target of 500 and helped 3,135 local people.

In total it has bought, refurbished and now manages 87 homes. It launched a repair and maintenance service, which supports other charities, generates a surplus, and creates jobs and apprenticeships. And it has transformed a shopping parade by converting three run-down or empty shops into community ventures.

During the pandemic, BotM assessed and implemented measures to respond to residents’ needs. Its reputation and positive track record with funders allowed it to raise over £200,000 for core costs and new services to tackle issues including digital exclusion, and fuel and food poverty.

Key learning points highlighted in an evaluation report found that considerable work has gone into ensuring that services are based on what residents really need. Joanne Cooper, the chief executive, said: “I always say that resident-led is the golden thread at Back on the Map. Local people have to be at the heart of everything we do because if they’re not, we’re not going to be successful.”

Awards judge Martin Edwards said the scale of the charity’s work in the area was extraordinary.

“They’re essentially regenerating a left-behind community, improving mental and physical health, reducing social isolation, providing social enterprises, improving employability through vocational and skills training, all in an area with high levels of unemployment, obesity, cancer, diabetes, and antisocial behaviour. They’re doing an awful lot at a cost of £233 per person per year.

“What difference would it make if every run-down community in the country had something like this? The answer, for me, is ‘enormous’.”

Kris Murali noted that the charity had been operating consistently over a long period of time, which demonstrates resilience and that the model is working.