In 2008, Excellent Development won the Overall Award at the Charity Awards for its work supporting communities in Kenya to build sand dams, harnessing cost-effective rainwater harvesting technology to provide people with clean, accessible water for life. At the time, it had been operating for six years and had helped 47 communities to build 155 sand dams in seasonal riverbeds. 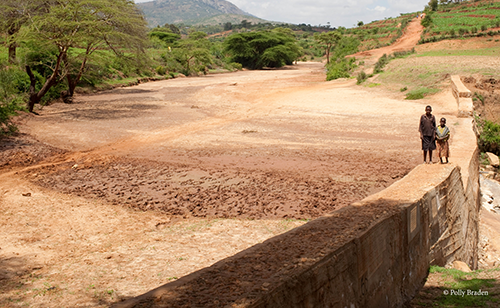 Twelve years later, the charity is still supporting people living in rural dryland communities to build sand dams and the need for its provision is greater than ever. Environmental degradation and deforestation in drylands are being exacerbated by climate change and the United Nations predicts that by 2025, 1.8 billion people will be living in regions with absolute water scarcity.

This knowledge prompted Excellent Development to scale up its work to more countries, and since 2012 it has expanded to eight more African states, as well as India. To date, it has enabled the construction of 1,173 sand dams, benefiting more than one million people who now have lifelong access to clean water.

The charity has also supported dryland communities to plant more than 1.1 million trees and dig over 1,860 km of terracing above the dams, increasing crop yields by 20%. Its work has boosted environmental resilience, empowered women who assumed more control over agricultural decisions improved nutrition and increased the income of local communities.

It now has ambitions to reach a million sand dams, serving half a billion people, by 2040.

Charity Awards judge Paul Streets described the work as “unsexy, literally down-to-earth, grassroots stuff, which to me is the bread and butter of really good development programmes. Development isn’t glamorous, it’s long term, you have to stick at it.

“It’s cheap and effective, uses local people and local technology, and it can be rolled out. And it plays very much to the huge issues around the margins of Africa where desertification and climate change are playing out badly on very marginalised communities.”