Losing a child without warning is every parent’s worst nightmare – but it’s a reality for around 70 families in West Yorkshire every year. And, after a child’s death, communications with the police, hospital or coroner’s office can often exacerbate the trauma for bereaved families. Yet there is often little in the way of specialised bereavement support for those living through such a tragedy. 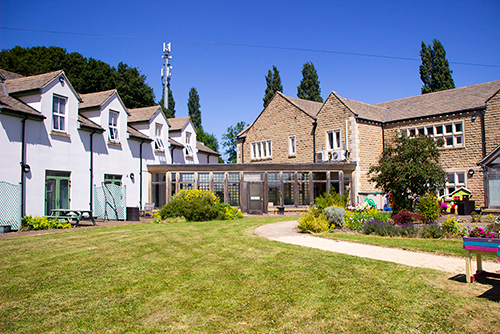 Forget Me Not Children’s Hospice sought to address this by creating a Sudden Unexpected Death in Childhood (SUDIC) service that is the first of its kind in the UK. It provides practical, emotional and therapeutic support for families through partnerships with police, family liaison officers, NHS therapeutic and social services, and each family is allocated a single support worker who helps them to navigate the different organisations and access various services.

The idea for the service began in 2018 when child bereavement charity Elliot’s Footprint approached the hospice to see if it could offer specific support for families that lose a child unexpectedly. Soon after this engagement, the hospice employed a SUDIC worker and began delivering support in April 2019.

After evaluating the employee’s first year, the charity decided to expand its provision beyond a single employee and embedded its SUDIC service within its family support team the following year.

Examples of the support Forget Me Not provides is a space for the bereaved family to say goodbye to their child, help with funeral arrangements and liaison with police or coroners. It also deals with schools and employers and helps families to claim benefits.

The hospice is now in discussions with West Yorkshire Police about forming a more formal partnership to streamline and standardise support pathways.

So far, the charity has supported 96 individuals through the service.

One service user said: “The SUDIC worker was my only support after my baby’s death when I was sectioned and placed in a mental health unit at the hospital. She was the only one who visited and liaised with my consultant and then kept my family up to date with my progress. I am so thankful.”

Awards judge Rachel Cockett said the charity sector can play an important role in normalising conversations around death and grief and that services such as this can go a long way towards that.