In 2013 Lloyd’s Bank Foundation reviewed how it could best help small charities. Organisations were under pressure from cuts and changes to public sector commissioning, and research by Local Giving highlighted that over half of local charities were not confident they would be around in five years’ time. 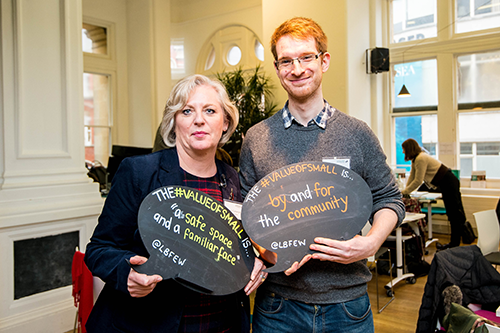 Through research and conversations with grantees, LBF identified several areas charities wanted assistance on and began developing partnerships with providers and consultancies.

However, it first had to overcome a huge barrier. Its charities were used to winning grants in a competitive marketplace by not letting any weaknesses plant doubts in the minds of funders. Yet if LBF wanted to genuinely help charities grow stronger for the long term, they needed those charities to be honest about the areas they needed help with. It therefore structured the programme around a partnership of trust and gave the charities the chance to take the lead on selecting what support they required, totally separate from grant monitoring.

Starting with a tiny pilot, offering 24 grantees access to either a consultant or a mentor from Lloyds Bank, LBF developed a capacity-building programme called Enhance. 2019 marks five years of delivery during which 505 charities have benefited from packages of support totalling £2.5m, tailored to their individual needs and helping them become stronger, more effective, robust and sustainable.

Charities have described how Enhance has helped their organisation to “up their game” and initiate strategic changes. One was financially near to closure but LBF support meant it was able to reduce services to the most important ones and then gradually start rebuilding.

Charity Awards judge Richard Hawkes said LBF deserved to be recognised because “they are huge champions of small charities and core funding, and are really challenging; they shake the sector up in a really positive way”.

Ruth Davison said there was real evidence in LBF’s application that they were listening and learning throughout the five years of the project, and had externally evaluated the activity. “That’s quite rare in a funder,” she said.

Mandy Johnson said that LBF continually publishes research highlighting best practice among the organisations they fund, which is another benefit it provides to the sector.

After identifying a number issues affecting the capacity of Berkshire voluntary organisations – local cuts, a lack of PR skills, poor applications, an inability to demonstrate need effectively, and replication – BCF realised that small and vital groups within the local community were crying out for practical support in an increasingly challenging fundraising environment. Therefore, in 2017 BCF created a new community liaison officer (CLO) post to improve collaboration, access to funding and sustainability. The innovative role providing outward-facing support has had a transformational effect and exceeded expectations. 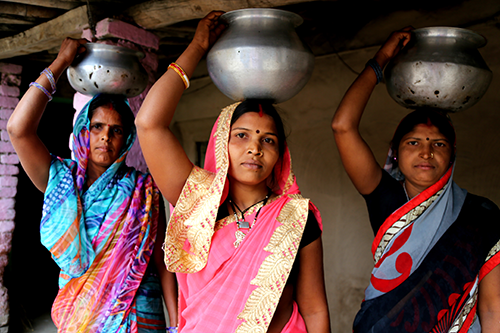 After identifying that a project-focused grant system often led to dependency on it as an international funder, All We Can (working name of the Methodist Relief and Development Fund) sought a way to improve the organisational sustainability of its partners. It felt that after it exited partnerships, some organisations were left weaker. It also wanted to recognise the imbalance of power between international NGOs and local organisations by acknowledging the partners’ knowledge of the environment in which they operate. And it realised that it could be more effective by supporting fewer partners more intensively.