Isolation among older people, especially those without access to the internet, is an urgent and ongoing problem, and one that was exacerbated during the Covid-19 lockdowns. 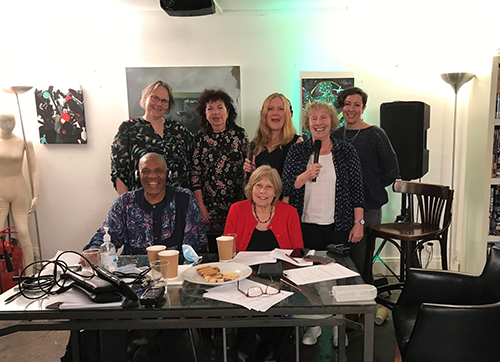 Immediate Theatre based in Hackney has a track record of engaging older people through participatory arts projects. Recognising the potential of radio to engage and communicate with the digitally isolated in the local community, the arts organisation created the Hackney Social Radio – a weekly community radio programme, targeted at older people in the area, that combined essential information with local interest stories in order to create a sense of community, reduce isolation and address concerns around Covid.

The theatre enlisted the help of broadcaster Resonance FM and worked with local digital station Reel Rebels Radio to produce a pilot. On the back of this, it secured funding from the Arts Council to produce 15 shows, which ran from June to September 2020. This led to further funding from the Henry Smith Charity and CAF for a second series.

The hour-long weekly shows included interviews, features, DJ clips and presenter chats, and engaged a range of local figures including council representatives, and faith and community leaders. A key element of the concept was to involve the local older community in every aspect of the show’s production including programme creation, presenting and editing. Nineteen older people, ranging in age from late 50s to early 90s, had sustained regular involvement in the project, and there were wider opportunities for training and editorial input.

Not only did the scheme provide a vital service to engage the older community during the pandemic, but it also involved hundreds of local people, greatly improved the theatre staff’s digital and audio production skills, and created a network of groups and individuals to develop future projects.

“It was by and for the community and they got really great outcomes. It felt of the moment.”