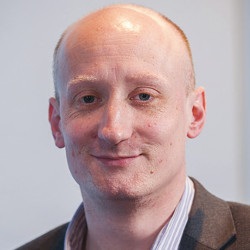 Civil Society Media’s Charity Awards are the oldest awards in the charity sector, and we would argue, from our wholly unbiased viewpoint, that they are also the best.

Whether or not this is true, it is certainly the case that winning an award is one way for a charity to really boost its profile and gain credibility. It’s a tool that you can use in fundraising and other communications, to tell your potential supporters that your charity is delivering results.

So how do you go about winning one?

To win a Charity Award, outcomes are essential. Perhaps the most common communications mistake among awards applicants is to talk about what you’ve done to help people, but not to include evidence that the intervention worked. Yet without this evidence, giving someone an award is effectively impossible.

How many people have you helped? How can you now show that their lives are better thanks to your intervention? Can you show that evidence not just over one year, but over several?

If you can answer all these questions, you’re in with a good shot.

It’s easy to demonstrate good outcomes if you throw cash at the problem. So the next question is whether you’re not just effective but efficient. Are you delivering your outcomes at a reasonable rate of return? Can you show that you’re more effective, per pound spent, than comparable projects?

Awards are about recognising originality. It’s very hard to give an award unless the applicant can show that their charity has created something really original, or improved considerably on existing best practice.

It’s much easier to win an award if you can show that your business model supports itself, whether that’s by fundraising, or trading, or a diversified or long-term contract. Judges are nervous of giving awards to charities which are dependent on one or two sources of funding, and who could have the plug pulled on them at any time. One key thing to remember is that the awards themselves must have respectability, and there is nothing worse than giving an award to someone who goes out of business six months later. This can be demonstrated in our 2017 overall award winner, The Clink Charity, it’s work is extremely sustainable – funded largely by receipts from paying customers who attended its restaurants – and the charity was keen to expand its operation both throughout the prison estate and into other areas of society.

Ideally, your project will have applications beyond your charity. If you are delivering a great service for people in Bolton, what plans do you have to expand it across nearby towns? If you are working in rehabilitation, could your ideas work with for charities dealing with substance abuse, or with people at risk of homelessness? Could your funding model be copied by others charities, or do you yourself have plans for rapid expansion?

Charity Awards judges have shown a strong preference for projects which have wider implications across the sector, and naturally lend themselves to wide and varied use.

It’s very unlikely that even the best run project will win an award unless the charity itself can show that it is fundamentally sound, with good senior staff and trustees. Judges want to be sure that the project is not a flash in the pan. They want an organisation to show consistent quality.

There are a slew of other factors which can influence awards judges. Can you show that you’re thinking hard about diversity, not just among your service users but among your trustees and staff? Can you show strong performance on accountability and transparency? On service user involvement? On collaborating with others?

It’s very unlikely that you’ll be able to show exceptional performance in every area, but the more of those boxes that you can tick, the better your chances are likely to be.

Results are what matter

Winning an award is fundamentally about the strength of the project or the charity which is entering. But it is also in part about good communication: ensuring you properly convey your strengths and skills.

Timing is also a key element. There’s a sweet spot in the life cycle of a project when it’s ripe for an award. Don’t enter ideas before you can show they’re really working, but don’t wait until the concept is so familiar that it is just accepted practice

Best practice: can you tick these boxes?

Best practice isn’t limited to the following areas, but if you can show strong practice in most of them, you stand a really good chance of winning an award: