When the Cripplegate Foundation looked at equality in Islington in 2008, it found stark figures. 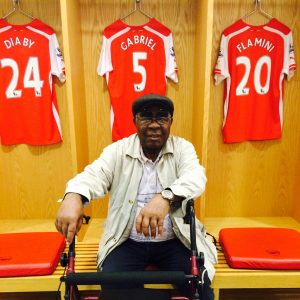 Credit: Sarah Ainslie for All Change

The borough, despite being a wealthy part of London, has the third highest level of child poverty in the country, the least open space and the densest population of any local authority in England. It has London’s highest levels of depression and some of the country’s poorest pensioners. Life expectancies for poorer residents are up to eight years shorter than richer residents – a gap which has widened over the last five years.

The foundation’s next report looked at solutions, and found it in collaboration. The charity came together with a number of other funders, and realised that giving grants were not enough.

The result was Islington Giving, a collaboration of residents, businesses, funders and voluntary organisations tackling inequality. It has raised more than £6m to support individuals in the borough, and brought more than 5,000 residents together to volunteer. It has awarded grants to 74 organisations running 158 projects, and helped 20,000 people. The Cripplegate Foundation has covered all running costs.

One of the place-based model’s key strengths is its principle of co-design, with residents driving the conversation about what is provided, rather than having services provided for them. Another is the fact that it has involved people across the borough, as well as public and private sector bodies, in conversations about disadvantage.

The model has been widely taken up elsewhere, with 23 other London boroughs adopting similar approaches, leading to the creation of a city-wide network, London’s Giving. The foundation expects to see further expansion.