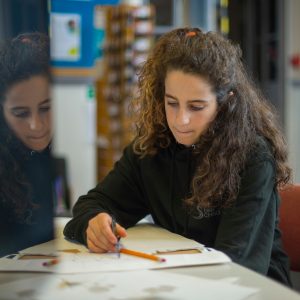 The answer was to create Libraries Unlimited in 2016 as a public sector spin-out. The new charity has not only been able to keep existing libraries open, but has also secured new funds to provide innovative new services such as Unlimited Potential, a project focused on engaging with people from deprived communities. It has not just kept all 50 libraries open, but opened two new libraries and established a vibrant programme of outreach events – all while cutting operating costs by 20 per cent.

Since it launched, Libraries Unlimited has welcomed more than 2.5m people to its facilities, increasing the number events at its libraries by 17 per cent to more than 8,600, attended by nearly 140,000 people, growing the number of active users by more than 33,000.

The charity has also learned more about its social impact, and is working to grow its impact to tackle social isolation, support people to employment, and offer a safe place for everyone.

The charity now employs around 180 full-time staff, and is now focused on growth. The organisation recently won a competitive bid to deliver Torbay Libraries on behalf of Torbay Council, and is looking to deliver ever more services to communities which are struggling to preserve their libraries.