There are 250,000 miscarriages in the UK every year, and Black women are at a 40% increased risk chance of miscarriage compared to white women. Yet, before Tommy’s Miscarriage Matters campaign, women needed to miscarry three times in a row before they could access basic support, tests or treatment. 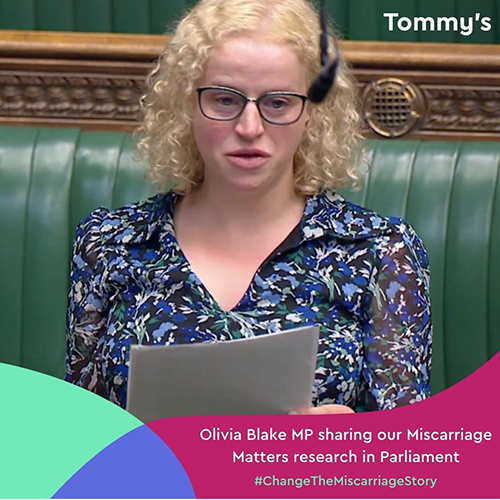 Tommy’s National Centre for Miscarriage Research undertook a five-year study that laid bare the devastating impacts of miscarriage in a series of three articles published in April 2021 in the Lancet. This paved the way for a multi-pronged national campaign to inspire policy change that is expected to transform care for thousands of families and save thousands of babies’ lives.

The campaign was based on two key themes: injustice and empathy. Ten audience groups were segmented in order to mobilise warm supporters and reach wider networks across the UK.

As well as a petition for change and the production of a policy report, the campaign comprised government and stakeholder briefings, organic and paid-for digital marketing, media releases, celebrity and influencer involvement, and a fundraising element. Parents who had experienced miscarriage provided authentic and powerful user-generated content.

In June 2021, three months after the campaign began, the health minister announced changes including that miscarriages will be officially counted and recorded, and that round-the-clock emergency miscarriage services would be a priority in the new Women’s Health Strategy.

NICE also updated its guidelines to include Tommy’s recommendations, helping clinicians and patients to make decisions about treatment and potentially saving the lives of up to 8,500 babies each year.

And, most importantly, in the future families will no longer have to endure three miscarriages before they can access any support or care.

Tommy’s head of marketing Zoe Roll said the campaign – the largest Tommy’s had ever undertaken – “debunked that long-held myth that miscarriage is just one of those things, an unavoidable part of the pregnancy journey”.

Charity Awards judge Paul Streets praised the use of data and human stories, and commended Tommy’s for raising awareness of the previously unrecognised inequalities around miscarriage that are suffered by Black and ethnic minority families.

Chris Sherwood said it was a “really good example of campaigning at a time when charities are under scrutiny for campaigning”.

“It was rooted in evidence, rooted in case studies, engaged celebrities, convened a lot of people and told a story about an unmet need. It is tackling a taboo, getting us to talk about something that we tend to shy away from as a society.”

Judge Priya Singh said that one of the reasons that gynaecological and obstetric outcomes for non-white communities remained so poor was because, within those communities, there is no discussion about those topics. Nicola Toyer said she had noticed that more people were opening up about their miscarriages on social media nowadays.