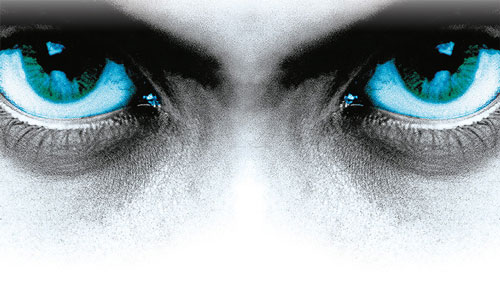 Keep Britain Tidy’s ‘We’re Watching You’ poster campaign has been incredibly successful at tackling one of the most offensive forms of littering. While dog fouling has reduced over the past 15 years and more owners responsibly clean up after their pets, certain areas still have hotspots and it was clear that local authorities needed a low-cost solution.

A cross-organisational team within the charity looked at existing nudges that have had a demonstrable impact on behaviour and focused on research that showed signage with real-looking eyes on it can be extremely effective. However, evidence suggested that a major factor in many dog-walkers not disposing of their dog’s waste is because they feel they won’t be seen if exercising it outside of daylight. Therefore the posters used by KBT needed to be made of a material that glowed in the dark – used previously in emergency exit signage, but never before in a campaigning setting.

The original experiment was delivered in partnership with 17 councils, and for the first time the charity sold the campaign materials to local authorities, instead of giving them away for free. Incidents of dog fouling were monitored, with an average reduction of 46 per cent.

Feedback conducted from residents concluded: “People were very aware of the posters, they really noticed a difference.” They are now used by over 115 councils in England and have resulted in reductions in dog fouling of up to 90 per cent. The success of the campaign and the lessons learnt have led Keep Britain Tidy to establish a centre for social innovation, which is exploring other innovative responses to littering. It has also proved that local authorities will pay for a “campaign in a box” if it takes the risk and development cost away, providing a new revenue stream for the charity.

Charity Awards judge Ruth Ruderham, director of fundraising at Prince’s Trust International, said the campaign was a “win-win, for the local authorities as well”.

CAF chief executive John Low said the results were “first-class”. Andrew Hind, chair of the judging panel, said Keep Britain Tidy had been around for over 50 years and “are still coming up with new and innovative ideas”.