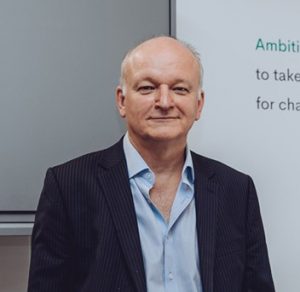 Paul joined Lloyds Bank Foundation for England and Wales as chief executive in May 2013 after a career that has spanned the voluntary and public sector and work in International development (DfiD/Sight Savers), Human Rights (Amnesty International), professional and service regulation and health and social care.

He has been Chief Executive of Diabetes UK; the Health Development Agency and the Postgraduate Medical Education and Training Board. Immediately prior to the Foundation he worked as a Senior Civil Servant in the Department of Health heading up Public and Patient Engagement and Experience.

Paul is an Honorary Visiting Professor at Cass Business School, City University of London. Previously, he was Chairman of Contact a Family the leading UK Charity supporting families of children with severe disabilities and Chair of the UK Rare Diseases Advisory Group. He was also Deputy Chairman at the Healthcare Commission from 2000 to 09 and the first lay member of the Royal College of Physicians Council.

He has four degrees including an MBA with distinction (Warwick), an MSc in Agricultural Economics, a Diploma in Co-operative Development (Finance) and a BSc in Geography.
In 2003 he was appointed an OBE for services to people with diabetes. Paul has three children and lives in East Sussex, but hails originally from North Yorkshire.

Paul works at the Foundation because he is passionate about what we do at our best – supporting great people and organisations to reach those who get a raw deal in our society.