London Funders is the membership network for funders of London’s civil society. When Covid-19 hit, most of the frontline organisations funded by those members had to deal with two huge and simultaneous crises: extremely reduced capacity to fundraise and the need to redesign services overnight. London Funders knew that unless civil society organisations were supported quickly and flexibly, many Londoners, and people across the country, would not receive the help that they needed to cope with the fallout from Covid-19. 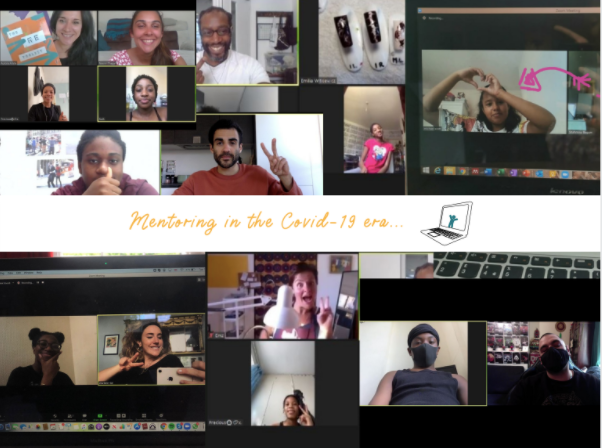 Recognising the urgency of the situation, the London Funders team immediately embarked on two major pieces of work.

First, it coordinated the We Stand with the Sector statement, a series of practical pledges which provided reassurance that funders wanted to be as helpful as possible to frontline groups during the crisis. Since March 2020, over 400 funders nationwide have signed up to this and have used it as the basis of their approach with grantees. A further 150 funders signed a follow-up statement in response to the November lockdown.

It also immediately began to coordinate funders in the capital. Using a funder portal developed to support communities in North Kensington following the Grenfell Tower fire, it opened the London Community Response for applications four days into the first lockdown.

By the end of March, 67 funders – from Bloomberg to Bexley Council – had contributed £50m to the London Community Response. The first crisis grants were given within days to help charities to buy equipment, food and personal protective equipment and almost 3,300 organisations in every London borough have now received grants.

Moreover, this money from multiple funders was able to be accessed a single application form – something the charity sector has been requesting from trusts and foundations for years. Funders knew they had to get money into charities’ hands quickly, and the London Community Response allowed usual processes to be turbo-charged by enabling funders to share data, due diligence and priorities.

As the crisis wore on, London Funders stepped up its efforts to get funding out to the most marginalised communities. It funded six equality-led organisations which acted as critical friends and advised it on its processes and decision-making. These partners reached out to groups with less capacity to fundraise and encouraged them to apply, and the levels of funding awarded to groups serving these communities grew with each wave of support. In the most recent funding round, 86% of grants went to equality-led organisations.

In addition to its coordination role, London Funders also provided guidance and practical support to grantmakers, social investors and commissioners throughout the crisis. It set up a Covid-19 resource hub, ran online events and published papers on Brexit and the pandemic recovery.

It also shared learnings with funding peer networks nationally and internationally, and its platform and processes formed the basis of the national Community Justice Fund partnership and the Social Enterprise Support Fund.

Building on the work of 2020, London Funders is now coordinating the #FlexibleFunders campaign to ensure that change ‘sticks’ and that the commitments made by members become standard practice across the sector.

Covid Response Award judge Cathy Phelan said London Funders were quick to identify how charities would be impacted by the lockdown and responded rapidly, providing a lifeline to thousands of charities. They learned lessons along the way about how to include the most marginalised groups and will take that learning forward to shape better funding practice in the future.