Sight loss and cognitive disabilities such as dyslexia can seriously impede people’s learning, not least because people with these conditions have historically found it difficult to access key curriculum and educational resources that they were able to read. 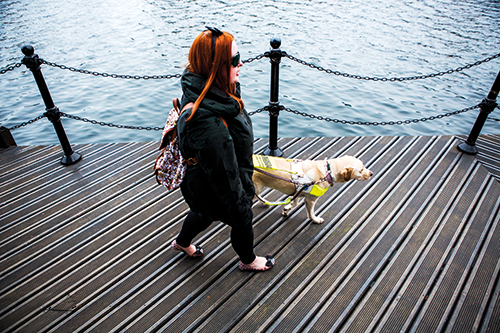 In 2010, sight loss charity RNIB teamed up with Dyslexia Action and applied to the Department of Education for funding to address this problem by setting up an educational web-based service to host accessible formats of key curriculum resources for Key Stage 4.

In 2012 the service was launched as ‘Load2Learn’ with 200 titles available in various accessible formats. In 2016, as the technology improved, RNIB rebranded the service as ‘RNIB Bookshare UK Education Collection’ with the launch of a new website and 12,000 titles available in accessible formats such as large print, Braille, and audio books. This marked the point at which RNIB became sole owners of the service, as Dyslexia Action stepped away from direct involvement.

Now, RNIB Bookshare covers the whole of the education spectrum, reaching over one-fifth of all UK schools and 145 universities. It has nearly 200,000 titles, 7,000 organisations with accounts, 11,000 staff accounts, and 14,000 learners with accounts. Thanks to the support of commercial publishers, the initiative costs just £140,000 per year to run, including technical hosting and support, development work, staff costs, travel and promotional expenditure.

The charity has also teamed up with VICTA Children to offer iPads and Orbit Readers at just 10 per cent of their retail cost. Access to this scheme, coupled with RNIB Bookshare, means learners can now access nearly 200,000 accessible school books via speech, altered text or electronic Braille for just £80.80.
Charity Awards judge Andy Pitt described it as a “highly effective project” that had deliberately been made free to the user, while Lynne Berry was it was “quite transformational”.

“For these kids to have access to the same education and culture that all the other kids have, and not be years behind, is wonderful,” she said.

“I like these relationships with the commercial world,” she said.

Petra Ingram said the cost-effectiveness of Bookshare was huge.