In the UK, BME communities experience not only poorer health, but also lower access to, and quality of, services. Provision is often culturally inappropriate or inaccessible due to language barriers. 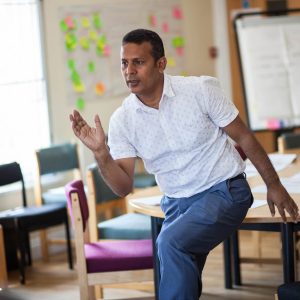 This is of particular concern within the context of chronic conditions, where unsuitable management of diabetes can result in an increased risk of developing cardiovascular or kidney disease. In Tower Hamlets there are approximately 15,000 people living with known diabetes, and the prevalence is higher than the UK national average, due in part to the large Bangladeshi community who are more at risk of developing it.

Social Action for Health, which works at grassroots level to tackle health inequality, wanted to tackle the issue, and decided to launch culturally appropriate, community-led self-management courses, with the aim of getting patients more active. Such courses had been shown elsewhere to significantly improve clinical, economic and patient experience outcomes.

The result was Good Moves – an eight-week course delivered in community settings by experienced local facilitators sensitive to the specific cultural and linguistic needs of the communities of Tower Hamlets. Since the latest phase launched in 2015, SAfH has worked with 1,184 people. In 2016/17, it had a retention rate of over 80 per cent, especially high considering the vulnerable groups engaged with.

In 2014 City University evaluated Good Moves using an internationally validated self-assessment health improvement survey. The conclusion of the analysis showed a significant improvement in health outcomes of participants in all eight measures. It found that with Good Moves, patients were optimistic, enthusiastic, and expected better for the future.