The Fore is a project developed by the Bulldog Trust and tests a simple hypothesis. Small charities often say how much they value unrestricted income, but how important is it really? 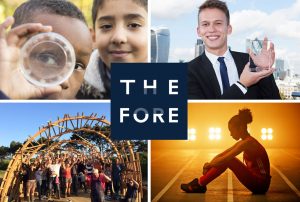 The Fore made unrestricted grants worth more than £2.5m to charities across the whole of the country and working in all areas of the sector. It then used Bulldog Trust data to measure not only the impact this had on its grantees but how their outcomes compared with other charities that did not receive its funds. The programme has highlighted just how valuable unrestricted funding is for charities, as well as examining the potential impact that funders can have.

The evaluation, led by an external data specialist and believed to be the first of its kind by a UK foundation, found that grantees chosen by The Fore were already growing faster than other charities before they received grants. The growth rate at those charities then doubled in the years after the grant, with income at the median Fore grantee eight times that of comparable charities after four years.

The Fore is committed to digging deeper into this data to establish exactly why this growth has occurred. However, preliminary findings suggest that the initial grant stimulates just 20% of the growth, leading the foundation to hope that their investment has unlocked further sources of income for small charities.

The approach offers a challenge to more conventional forms of grantmaking, and The Fore is now sharing what it has learned with other funders.