Inspired by the concept of ‘Men Sheds’ – a community non-profit concept that begun in Australia – The Princess Alice Hospice piloted the idea of just such a space on its grounds in 2014. Originally aimed at men either suffering from a terminal diagnosis, or their relatives, the shed was envisioned as “build a place of leisure where men could work on projects of their own choosing at their own pace and in a friendly and inclusive environment. This would encourage the development of relationships in a way that is natural for them and meet the unanswered needs which illness, caring and bereavement often brings.” 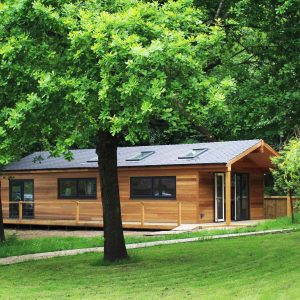 At the cost of £112,000, the shed was opened in June 2016 and has helped to create not only a lot of buzz around the hospice, but has also helped the charity support beneficiaries and their families, as well as forge close links with their local community and raise money.

In January 2017 more than 110 people attended the shed, and the number is set to increase at two of the eight monthly sessions being held there are now designated for women.

It has also helped generate income for the charity itself, raising thousands of pounds through the sale of products made by the beneficiaries.