People leaving hospital after having a stroke face a range of symptoms, but one which is relatively unrecognised is the impact of the stroke on resilience mental health. Survivors leaving hospital say the lack of support is like “falling off a cliff”, and one third suffer depression. Almost two thirds live in fear of another stroke. 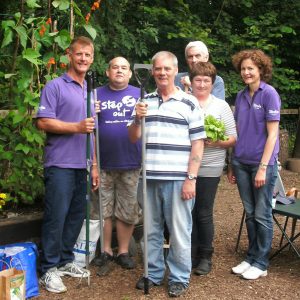 Despite this, there is little support available to stroke survivors once they leave hospital, with just 26 per cent of the population having access to high-quality, tested stroke peer support groups.

The Stroke Association recognised this gap, and has responded by developing and increasing the number of peer support groups across the UK.

The key focus on the project was to scale existing peer support work carried out by the charity by understanding what worked and why through evidence gathering.

The Nuffield Trust also independently evaluated the impact of support groups on beneficiaries and found that networks and interactions through peer support groups is important for stroke survivors broader recovery and wellbeing.

Since the start of the project, the Stroke Association has increased the number of groups, mobilised almost 200 new volunteers and supported almost 1,000 new beneficiaries. Those taking part in the peer support process report radical changes: better social support, increased wellbeing, and greater confidence. All at a cost of just £8 for each person helped.