Turn2us was inspired to develop its new digital campaigning tool by the impending removal of the £20 Universal Credit uplift that had been introduced by the government to support low-income families in the pandemic.  The increase had been a lifeline for millions and Turn2us knew from listening to its service users that many would struggle to heat their homes or feed their families once it was removed. 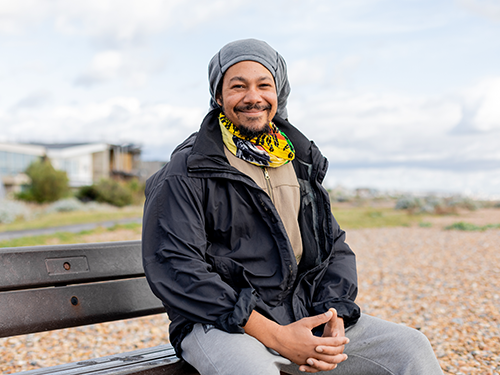 The charity joined other organisations in the #KeepTheLifeline campaign and decided to create a digital tool that would ensure people’s lived experiences of financial insecurity remained at the heart of the activity, while also making it easier to mobilise large numbers of campaigners online.

Previously, Turn2Us had used generic ‘Email your MP’ tools where users could copy and paste a templated response to their local MP on a specific issue. But it was clear from the low open rates that this tactic had minimal impact, so the charity decided to create a bespoke tool that could embed emotive first-person experiences in the letters.

The tool was promoted through social media, newsletters, and at the end of each user journey through the charity’s online Benefits Calculator.  In total, 7,803 emails were sent to MPs and more than 625 MPs were emailed.

Using the tool, Turn2us was able to recruit more than 3,500 people as regular campaigners and the charity also gained valuable insights into the feedback that campaigners received from their local MPs, enabling it to identify those that were sympathetic to the campaign.

While the tool and the other campaigning efforts did not succeed in persuading the government to make the Universal Credit uplift permanent, Turn2us is sure that it undoubtedly contributed to mitigating changes to the social security system, such as a reduction in the Universal Credit taper rate.

The tool cost just £4,500 to develop, including co-production costs and the purchase of the software and the database of MPs and councillors.  While it is impossible to pinpoint the monetary return on investment, the charity said it considered the launch successful as it had never seen such high engagement with campaigns before.

Charity Awards judge Chris Sherwood said that in his experience, MPs get annoyed with blanket letters from charities and petition websites, but it is much harder for them to send back a generic response if the emails are more tailored and personalised. “I really liked that idea of co-production and the people who are going to be impacted by government policy being able to lobby politicians themselves using the benefits calculator.”

Judge Paul Streets agreed, adding that: “Our sector has to move away from the charismatic leader who goes and meets ministers. The future for the sector is to move forward with the voices of the people. We need to be putting the power in the hands of the people who are actually affected and supporting them to do it, and that’s what Turn2us is trying to enable. It sends an important message about the role of the sector in how it handles advocacy.”