RMC exists to support marginalised new arrivals, including refugees, to integrate successfully into their local communities via a unique free service focusing on their holistic needs. It has most notably been successful in addressing health inequality among this group. 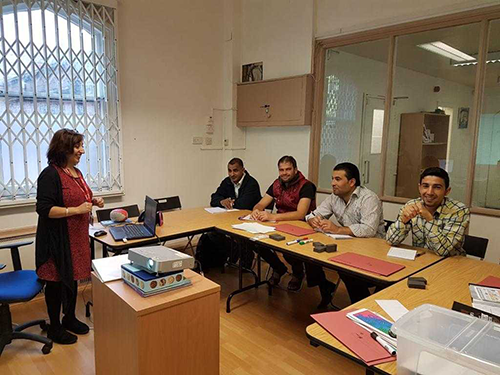 Migration Observatory reported in 2014 that “evidence on physical and mental health suggests there are poorer outcomes overall for non-UK born individuals residing in the UK” while Mind stated in 2013 that “migrants are at higher risk of homelessness and destitution, which impact detrimentally on mental health”.

Building on the fact that client need and co-design had always been central to its work, RMC developed a needs assessment tool to facilitate the negotiation of action plans optimising a client’s health. As a result, among many positive outcomes in the past five years, it has ensured that almost all asylum seekers in Wolverhampton (estimated at 2,000) are GP registered, and identified 125 carriers of latent TB, with 95 per cent successfully treated.

During a nine-month pilot, 50 individuals with acute mental health needs accessed its resources, while it also provided individual health checks to over 300 new arrival community members at an onsite clinic.

Aside from the considerable savings in human misery, RMC estimates that its latent TB clinic alone has saved the public purse up to £650,000 in treatment costs.